Fun House Mirror:
The Benefits of Going Through Puberty as a Naturist

Fun House Mirror:
The Benefits of Going Through Puberty as a Naturist

Let’s not pussyfoot about this subject – you know, really get to the breast of the matter. I know topics of puberty can be hard, but too many people drop the ball and never tackle the topic in the first place.

I do not think I exaggerate when I say that the least friendly mirror in the world is the one into which a teenager looks, especially the mirror of a teenage girl. When every tiny flaw becomes an obsession, every zit a newly discovered planet, and every new and odd curve is curving in exactly the wrong direction. Like looking into a fun-house mirror, only the price of admission to this particular carnival is cramps, unruly hair, and newly enhanced body parts – all with the super thrilling addition of a poorly maintained hormonal roller coaster. 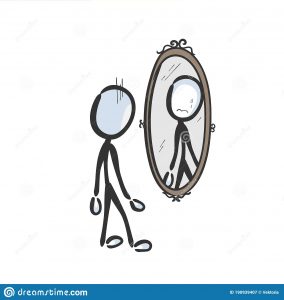 Many teenagers can’t even imagine having to be naked in front of other people at this point in their lives. They are self conscious, prone to inconveniently timed bodily responses, or newly introduced to their menstrual cycle with no interest in wandering around with a visible string between their legs in addition to their other self image issues.

But there are numerous benefits, both emotional and physical, to being nude, in particular as a teenager.

Being nude actually helps improve your immune system. When our bodies are not exposed enough to dust, allergens, and bacteria, they lose the ability to fight these things and our immune systems become weaker as a result.

Being naked in the sun increases Vitamin D absorption, which not only benefits the immune system, but has been known to help decrease symptoms of depression. Puberty, being a time of emotional upheaval and excessive hormones, can be a time of serious depression and often suicidal thoughts. Vitamin D increase through sun exposure literally puts more sunshine into life.

Ditching the underwear can help with the annoying aspects of having genitalia, like yeast infections and jock itch. Underthings are prime hoarders of bacteria, and freeing your bits helps reduce the risk of these irritations. In the same vein, ditching all the clothes keeps your skin clearer by reducing friction of closing against the skin, and preventing bacterial growth by not keeping sweat trapped against the skin.

Shed the shame. Learning to be naked around others comfortably removes the shame and puritanical taboo of nudity. For girls, it can help with the uncomfortable dichotomy that is taught that their bodies are both shameful and coveted. For both young men and women, it gives the experience and knowledge of nudity and sexuality not being one and the same. This creates a foundation of greater respect between men and women. It helps remove the objectification of both sexes, and learning that in youth means that respect is ingrained throughout life.

Not to say that puberty will ever really be easier for anyone, but learning to become comfortable with oneself starts with a single strip.